My Xenogears sims (EDIT: Sorry, posted in wrong forum, can someone move this to the right one?) 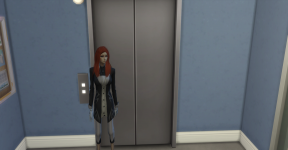 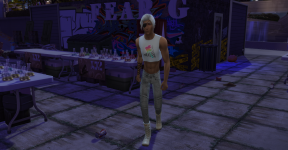 Fei (still trying to get a good hairstyle for him, his characteristic hairstyle exists NOWHERE in Sims 4 content whether custom or in game, so I experiment with different ponytail styles I find, and that's a paintbrush, not a cigar) 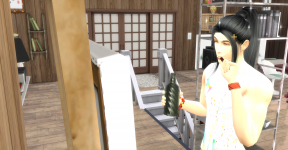 Citan (OH NO WHY ARE YOU PUTTING OIL AND PEPPER ON WAFFLES, do not mind the lettuce on the counter) 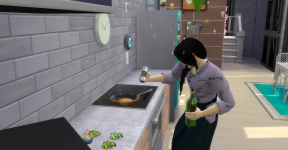 Oh my goodness I love these!!! Feel free to drop links to the CC if you got em, I'd love to start a file myself. I'll move your thread.

Thanks for sharing!
Reactions: bookofblueroses

OMG, links to the CC would be a nightmare - these are an ongoing work over the last few years. I can try to pull them up in CAS and list the items for anyone interested in googling but chasing down all the links would be a project and a half. That said, if you have a lot of space, I can share my CC file (over 11 gigabytes, it's also NOT compatible with Cottage Living - I haven't installed that expansion yet because I'm not interested in updating every single mod I have - it broke them *all* and I have a stable game right now, which is an achievement in and of itself if you've ever played TS4, to have a game that runs smooth with limited LEs... although the CC/mods folder might be smaller depending on what you don't want, I could pare a lot of the script mods etc out of it unless you want them too.)

I also have made Fei a vampire so he can have his Id form, Ramsus, Rico, Bart, grown up Billy, and a grown up Margie but don't have Bart and Billy and Rico and Margie on lots right now, and need to get better pics of Kahr (all the ones I can immediately find of him aren't appropriate, they're him and Sigurd doing... things with a certain game mod LMAO) and Id (all of my pics of him are from like 2019 when I ran the game on much crappier software than my current computer, so it doesn't look half as good as these)