So Jerami got me to start playing Monster Hunter World recently and I know nothing about the game(s) beyond what I've experienced firsthand and I am very bad at everything but I'm still having fun! Yay? Let's talk about Monster Hunter!

Here are my terrible characters at the beginning of the game and more recently. I think I just got to the high-level stuff. 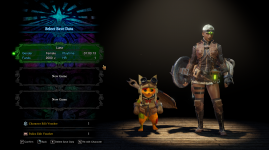 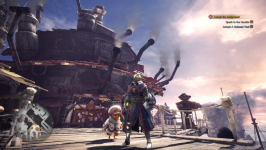 I really just want to fill my room with pets and I am forever salty that the game won't let me catch a kelbi. 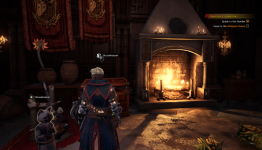 I just got it for PC, so I may be able to play with your guys, just need to install it and stuff first
Reactions: whyfish

HikariKuragari said:
I just got it for PC, so I may be able to play with your guys, just need to install it and stuff first
Click to expand...

Ohh that'd be awesome! I've been playing with Jerami and a couple of our friends, but I'm way under-leveled compared to everyone else, so they usually just help with my quests since I can't join theirs yet. orz

in the meantime lemme show you my pokemons endemic life 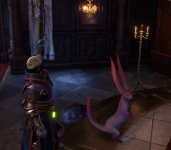 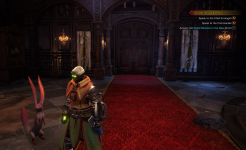 I kept waiting for the rare version of this bun to appear and the first time it did, my uncoordinated bastard of a finger hit the wrong mouse button and MURDERED it instead of throwing the net. I was extremely distraught!! But I caught one in the same location the next day, so. :B (I also appreciate how the crab guys that are quietly photobombing both of these pictures look like a horseshoe crab crossed with the giant bugs from Nausicaa.) 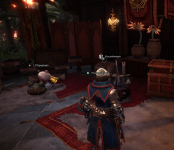 For some reason I'm almost more excited about the research and stuff-collecting aspects of this game than fighting the big monsters, because I feel kinda bad for hurting them (I say while equipping my character with the giant hammer). But it's fun regardless.

Also I was bummed because the best armor I can equip right now is pretty boring, but then I realized I can change the colors and make it HIDEOUS. >:3c 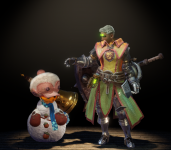 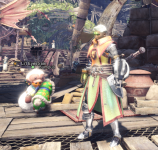 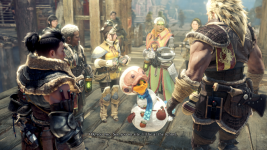 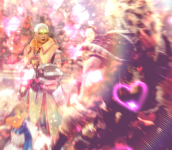 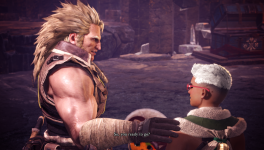 gay me of the year 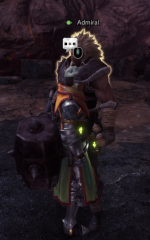 For inevitable reasons I am also in love with the Endemic Life Researcher. 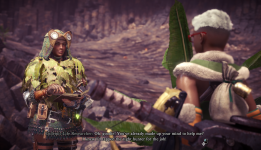 I would definitely play MHW with you guys!
Reactions: whyfish

Ok if this goes on steam sale I might have to break and play with you guys.
Reactions: whyfish

jessiray said:
Ok if this goes on steam sale I might have to break and play with you guys.
Click to expand...

YES BLEASE PLAY WITH US 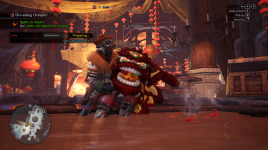 It has come to my attention that you can, in fact, pet the kitty at certain locations in Iceborne (e.g. the footbath in the Seliana Gathering Hub).

You can also customize your love nest living quarters. 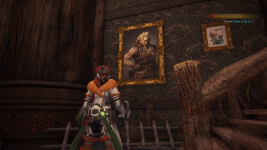 It's really cool! I think the extra decorations are for a holiday event. I like the environments in general--the third fleet ship (er, airship? half a ship?) is another one of my favorites.

I was playing online with some long distance friends recently and one of them mentioned Bobobo-Bo Bo-Bobo, so I had the honor of telling them that Bo-Bobo and the Admiral have the same voice actor. c:

whyfish said:
YES BLEASE PLAY WITH US
Click to expand...